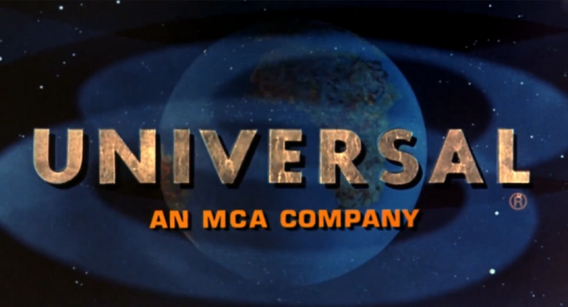 We fade to a CRT television set displaying static for a few seconds in a living room, in the background we can see that the walls are covered in wallpaper, but it seems to have faded over the years.

Suddenly, a colorful swirling graphic appears onscreen with words that say The 13 AM News, a whimsical jazz fanfare is playing.

On the television, we cut to a NEWSWOMAN in a run down newsroom, the interior is mainly white, but the walls are covered in graffiti. The newswoman has some papers in her hands.

Hello everyone, Sally Baker of the 13 AM News here, with more news of the now. In recent news, more children have gone missing in the recent string of kidnappings that have been plaguing the city. This brings the total missing children to seven.

Pictures of young children of different races and genders are shown on screen, these are the missing children in question.

Some of our citizens believe the kidnappings are caused by a usual man, but some are starting to branch out into more nonsensical theories involving extra terrestrial beings.

We cut back to the news reporter.

We now go to our president Gloria Bush, who has a little something to say about the sudden disappearances of our youth.

CUT: A black room, there is nothing in this room except for a black chair and a woman, this is GLORIA BUSH. She is the president of GUNOMILIA, she has red hair and is wearing a red dress.

Thank you Sally. About the disappearances, all I can say is that what is left of out police force is working hard to track down the kidnapper. Based on witness accounts, this man is described as a Caucasian male, bald, covered in tattoos and has a muscular build. If you see this man anywhere, immediately contact police services. Back to you Sally.

CUT: The newswoman, who is looking at her papers, she then looks at the camera.

She flips through more of her papers.

Well, in a few days, the four year anniversary of the bomb that hit our once flourishing town will fall upon us. That day will never be forgotten.

The newswoman looks visibly disturbed, she must be looking back at that fateful day. She changes her papers.

Well then, in international news--

A large bedroom, it is slightly messy and has brown walls with green carpet. The walls are riddled with posters of once successful bands. Opposite the posters a bed with green covers is seen, someone is sleeping in it, but we can't make them out. An opening that leads into a bathroom is seen in the background.

The camera starts panning towards the bathroom and eventually we see the room, it's a regular small bathroom, it's walls are blue. Someone is seen by the sink, they are shaving.

Inside the bathroom now, we are shown a close up of the person who was shaving, this man is JACK, he is a teenage boy who is wearing a leather jacket and jeans, and has slicked back brown hair, resembling a 50s greaser. He is, as mentioned, shaving his face.

During his shaving he accidentally cuts his face, he winces. A small amount of blood starts leaking from the cut. Jack starts to looks annoyed.

CUT: The sink, which has shaving cream and water in it, Jack throws his razor into the sink, water splashes out of the sink.

Retrieved from "https://membrain-fiction.fandom.com/wiki/Gunomilia/Transcript?oldid=1403"
Community content is available under CC-BY-SA unless otherwise noted.